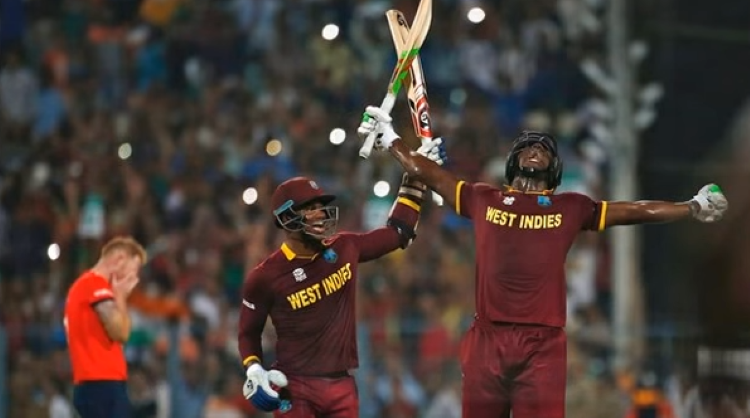 Carlos Brathwaite is bowling all-rounder who plays all formats of International Cricket for West Indies and the current captain of the West Indies Twenty20 International (T20I) team. Brathwaite raised in Barbados and made his first-class cricket debut for Barbados against Trinidad & Tobago in the Regional Four Day Competition in 2011 and picked his best bowling figure 7/90 on his debut.

He took his first five wickets to haul in One Day International against Papua New Guinea at the Old Hararians in Harare, during the 2018 Cricket World Cup Qualifier match on March 08, 2019. In April 2019, he was named in the West Indiesâ€™ squad for the 2019 Cricket World Cup.

A hard-hitter, smasher and clean striker of the ball, Brathwaite record his name in the history of T20 International history for his four successive sixes when WI required 19 runs off 6 balls to win 2016 World T20 final, he smashed at first four balls of Ben Stokes. His country WI became the first country to win ICC T20I Cricket World Cup for the second time.

Brathwaite made his debut in the Caribbean Premier League for the Barbados Tridents during the inaugural edition of CPL 2013. For the 2nd edition of CPL 2014, he signed Antigua Hawksbills. Brathwaite auctioned to St Kitts and Nevis Patriots for the CPL 2015 and retained by the same franchise-present.