Junaid Khan is a left-arm fast bowler who represented the Pakistan National Cricket Team in all three formats of international cricket. He is 29 years old who was born in on 24 December 1989 Swabi, Khyber Pakhtunkhwa, Pakistan. Khan made his first-class cricket debut at the age of 17 years on January 24, 2007, for Abbottabad against Multan and picked up his maiden wicket of Majid Majeed.

He ended up his first season with his best bowling figure in first-class 4/57. Junaid has played 22 Tests, 74 One Day Internationals, and 9 T20I so far. Junaid has 5 times five wickets haul in Test matches with his best bowling figure of 5/38 in Test, 4/12 in ODI and 3/24 in T20I. He played for Abbottabad Falcons in the Faysal Bank T20 in the domestic T20 tournament.

Junaid represented Khan Research Laboratories for List A cricket during Quaid-i-Azam Trophy season 2008/09. Junaid made his debut for Pakistan A in his first international appearance against Sri Lanka in 2010. He has brilliant stats in first-class, List A and T20s including his PSL career. He grabbed 347 wickets in his 87 first-class games While 207 in List A cricket.

Junaid Khan has represented Multan Sultan during PSL 2017 and for the next edition too. He is a very talented bowler that Pakistan has who does bowl well in any conditions. Khan played the most recent edition of the Pakistan Super League for Multan Sultans as well. He got only two chances in PSL 2020 for his bowling with his superb bowling spell Sultans have been successful. 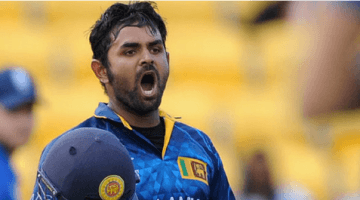