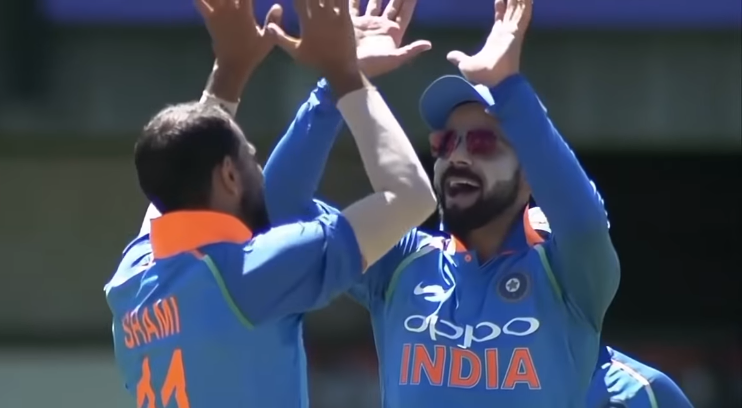 Mohammed Shami is a right-arm medium fast bowler with right-handed batting style. Mohammed Shami was born on September 3, 1990, Amroha, Uttar Pradesh, India. Shami represented India National Team in all formats of International Cricket. Shami is known as a specialist for his reverse swing, seam deliveries and consistent speed of 87 mph (140 mph). He became part of India A squad and made his first international appearance in 2012 against West Indies. Shami made his ODI debut against Pakistan and bowled four maiden overs on January 6, 2013. In April 2019, he was named in India squad for the 2019 Cricket World Cup.

He has represented Delhi Daredevils during the Indian Premier League season 2011 and IPL season 2018. Shami represented Kings XI Punjab during the most recent IPL season 2019. Shami became 2nd fastest Indian bowler to pick up 50 ODI wickets, which he achieved during Asia Cup on March 5, 2014, against Afghanistan. He is the fastest Indian bowler to take 100 wickets in One Day Internationals, which he claimed on January 23, 2019.

He made his first-class cricket debut for Bengal against Assam in 2010 and picked up 3 wickets as a debutant. Shami took his maiden five wickets haul during a Test match against West Indies in November 2013 on his Test debut.