Evin Lewis is a Trinidadian cricketer who represented West Indies Cricket Team in One Day International and T20. He usually opens batting for West Indies Cricket Team in T20I and most of the time in ODI. Lewis is a left-handed batsman with his hard-hitting and muscling ball out of the park he is known as a smasher of the ball. He became the 3rd batsman overall to score a two T20 International centuries after Chris Gayle and Brendon McCullum.

Lewis made his first-class and List A cricket debut for Trinidad and Tobago National Team in the Regional Four Day Competition during the 2011-12 season. Evin Lewis has represented West Indian Cricket Team as West Indies under-19s at the 2010 Under-19 World Cup, jointly hosted by New Zealand and Australia. Evin Lewis made his debut in the  Caribbean Premier League for Trinidad and Tobago Red Steel commonly known as T&T Red Steel during the second edition in 2014.

He auctioned to play for St Kitts and Nevis Patriots in the Caribbean Premier League 2015 season. And retained by the same franchise to date. Lewis made his debut for the Barisal Bull in the Bangladesh Premier League during the BPL season 2015. Lewis signed Dhaka Dynamites for the BPL 2016 and 2017. And then auctioned to Comilla Victorians during 2018 BPL and retained by the same franchise-present.

He made his debut for Mumbai Indians in the Indian Premier League during IPL 2018. He retained by the same franchise-present for IPL 2020. Lewis made his debut for Peshawar Zalmi in the Pakistan Super League during the 3rd PSL edition 2018.  In April 2019, he was named in the West Indies’ squad for the 2019 Cricket World Cup. He is a great batsman and backbone to West Indies batting line, especially in T20 games.

Ashley Renaldo Nurse commonly known as Ashley Nurse is a right-arm off break spin bowler who represented West Indies Cricket Team in One Day International and T20I.  He has played his first-class, List A and T20 cricket for Barbados. He has not been so regular in West Indian Cricket as he made his T20I debut on April 21, 2011, against Pakistan and has just played 13 T20 Internationals so far.

Ashley named in the Montreal Tiger Squad for the Global T20 Canada tournament in June 2018. In April 2019, he was named in the West Indies’ squad for the 2019 Cricket World Cup. The off-break spin bowler rarely provides breakthrough at crucial times for his team. He is a very economical bowler and especially WI captain uses his spell in middle overs.

Ashley represented his national side in One Day and Twenty20 format. He appeared in 54 ODI’s taking 49 wickets in his short career. He played just 13 Twenty20I in his career so far but hasn’t been successful. Ashley has just eight wickets in his limited-overs cricket format. He got a lot of experience but hardly gets the chance of playing as West Indies has the number of replacements.

Ashley got a great experience from first-class, List A and his T20 cricket leagues experience. He has more than 350 wickets in his cricket career in the domestic structure of West Indies Cricket. Except for Caribbean Premier League, he got a chance of playing in Global T20 Canada.

His wickets are almost equal to his number of matches he played so far. Surprisingly he is still playing in ODI for West Indies. He may be good at the shorter format as he bowls some dot deliveries and can save his team from huge totals but his presence in longer format has not been impressive so far.

Nicholas Pooran is a wicket-keeper left-handed batsman who plays for West Indies Cricket Team. He is a Trinidadian cricketer who plays domestic cricket Trinidad and Tobago. Nicholas represents Red Steel in the Caribbean Premier League. He made his first international appearance in cricket after becoming part of West Indian U-19 squad for a bilateral series against Bangladesh under-19s in 2013. He became vice-captain for West Indies U-19 Cricket Team for the 2014 Under-19 World Cup.

Pooran made his first-class cricket debut for Trinidad and Tobago against the Leeward Islands. In November 2014 during the Regional Four Day Competition season 2014. Pooran made his debut in the inaugural edition of the Caribbean Premier League in 2013. For Red Steel and retained by the same franchise for the CPL 2014 season. And named as “calm, clean stroke play” for his naturally built aggressive batting style. Pooran smashed 54 runs off 24 balls with 6 smashed sixes against Guyana Amazon Warriors.

He has also represented St Kitts and Nevis Patriots in the Caribbean Premier League for CPL season 2015. In then auctioned to Barbados Tridents during the 2015 CPL season. Pooran retained by the same franchise until the most recent CPL season 2018. Pooran made his debut for Islamabad United in Pakistan Super League during 2017 PSL. He auctioned to Multan Sultans during PSL 2018 and retained by the same franchise.

Nicholas made his debut in the Indian Premier League for Mumbai Indians during the 2017 IPL season. In 2019 he played for Kings XI Punjab the most recent IPL season. Pooran made his debut in the Bangladesh Premier League for Khulna Titans. During the 2016-17 BPL season and auctioned to Sylhet Sixers in BPL 2018-present.  He became part of 15 men squad to represent Cricket West Indies B Team. In the Global T20 Canada tournament in June 2018.

Kemar Andre Jamal Roach who is commonly known as Kemar Roach. He represented West Indies in all three formats of International Cricket. Roach is right arm medium-fast bowler with right-handed batting style. He played his first-class and Lists A cricket for Barbados from 2008 to now. In April 2019, he was named in the West Indies’ squad for the 2019 Cricket World Cup.

Kemar Roach has represented West Indies for the first time during U-19 WC. He got his name in the U-19 Windies squad for  U-19 Cricket World Cup 2006 in Sri Lanka. Roach has played for Worcestershire in the English County Championship during the English County season 2011. He has taken his career-best bowling figures with 6/48 in a Test match and 6/27 in ODI and 2/25 in T20I, with average bowling of 27.13, 30.34 and 28.40 respectively.

He represented his national side in all three formats. He took 193 wickets in just 56 Test matches while 124 in 92 One Day format. He appeared in just elevenTwenty20 games taking ten wickets in total in his career. He has remarkable stats in first-class, List A and Twenty20 games including his franchise cricket stats. Roach took 372 wickets in his just 116 first-class cricket while155 in his List A cricket.

Andre Dwayne Russell is a Jamaican cricketer who represented West Indies Cricket Team in all formats of International Cricket. Russell is batting all-rounder and a right-arm medium-fast bowler who usually plays at no. 6th or 7th wickets. He is best known for his destructive hard-hitting and muscling the ball out of the park. He is the most powerful striker of the cricket ball, muscleman.

Devastator to bring his team into the game within a matter of one or two overs in winning stream. Russell is the 2nd only player after Joe Denly to score a century and take a wickets hat-trick in the same match. Russell scored with his disastrous hitting a record 40 balls including 13 sixes and 6 fours. During the Caribbean Premier League season 2018 against  Trinbago Knight Riders.

He is the first player to dismiss four batsmen in four successive deliveries in the history of T20 cricket. Andre recorded while representing West Indies Team A against India Team A. By taking wickets of Kedar Jadhav, Yuvraj Singh, Naman Ojha, and Yusuf Pathan. In April 2019, he was named in the West Indies’ squad for the 2019 Cricket World Cup.

Andree has made his debut for the Big Bash League for Melbourne Renegades during BBL 2014-15 season. And later he also joined Sydney Thunder for BPL season 2015-16 and 2016-17.

Oshane Romaine Thomas is commonly known as Oshane Thomas. He represented West Indies Cricket Team in ODI and T20 formats of International Cricket. Oshane is a right-arm fast bowler and left-handed batsman. He usually bowls a bouncer or short pitch deliveries and forces batsman to play the pull shot. Which most of the time turns into wickets or batsman simply leaves the bowl. In April 2019, he was named in the West Indies’ squad for the 2019 Cricket World Cup.

The batsman plays against him defensively as Oshane hardly bowls the loose ball and allows the batsman to free his arms and play a cracker. Oshane made his first-class cricket and List A cricket debut for Jamaica during 2016-17. In the Regional Four Day Competition and 2017–18 Regional Super50 on November 18, 2016. Oshane picked up his first-ever five wickets haul in One Day International against England. When WI restricted England at 113 and claimed a comprehensive win.

Before making his appearance at the International level, he hasn’t played that much first-class or List-A Cricket. He appeared in 20 One Day and 12 Twenty20 format games so far. He played only eight first-class matches taking 17 wickets while 57 in 39 List A games. Oshane made his appearance in 36 Twenty20 games including his CPL career. He made his debut in the Caribbean Premier League for Jamaica Tallawahs. During the inaugural edition of CPL in 2013.

He has made his debut in the Indian Premier League for Rajasthan Royals during IPL season 2019. Thomas made his debut in the Bangladesh Premier League for Rangpur Riders during the BPL season 2018-19. He has a number of deliveries with pace, cut, inswing and out-swing depending on pitch conditions. He loves to ball with the dry ball, especially at rough-track. Thomas is a quality bowler who has the ability to produce bounce even from the dead surface. 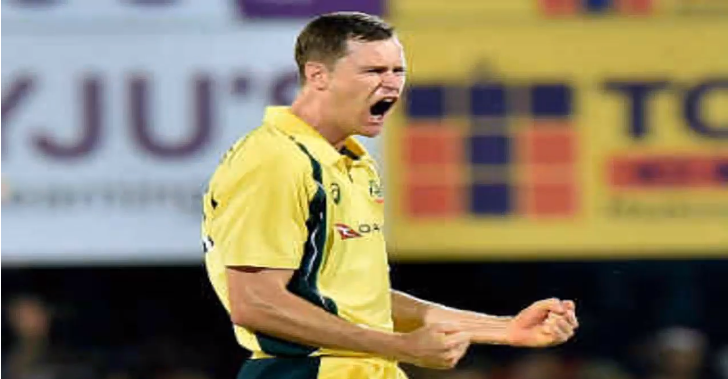