James Douglas Sheahan Neesham is batting all-rounder, the right-arm medium-fast bowler, and a right-hand batsman. Neesham was born on September 17, 1990, in Auckland, New Zealand. Neesham plays international cricket for NZ National Cricket Team and first-class for the Otago cricket team. In June 2018, he awarded a contract with Wellington for the 2018–19 season.

James Neesham became 8th batsman to score a century on debut after scoring 137* not out on his Test match debut against India on February 14, 2014. Jimmy Neesham formed the highest 9th wicket partnership of 84 runs for New Zealand against India in March 2018 with Matt Henry.

Nesham gave stunning performances during the last ICC Cricket World Cup 2019. He played a vital role in being the main all-rounder in the squad. Jimmy appeared in 63 One Day Internationals and have batting averages of 29.22. Neesham played just 18 Twenty20 International games representing his national side took13 wickets. He smashed 137* runs undefeated in 12 Test matches and grabbed 14 wickets in the given opportunity.

Neesham scored his second century by 107 runs against West Indies at Sabina Park, Kingston on June 9, 2014. He became the first batsman for New Zealand to score a hundred in his first two Test matches. He is the first New Zealander to score 34 runs in on over including 5 sixes and 1 four, which he scored on January 3, 2019, against Sri Lanka on his debut in a one-day international match.

Neesham was picked up by Delhi Daredevils for IPL 7. In the IPL 8, he drafted for Kolkata Knight Riders, but couldn’t play a single match due to injuries. He made his debut for Caribbean Premier League in 2014 for Guyana Amazon Warriors. Neesham signed to play English County Championship and he played for Kent in the 2017 NatWest T20 Blast. 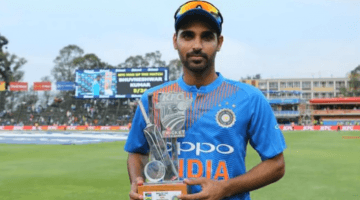