Cricket in summer brings massive entertainment for English fans. One of the main limited-overs contest Natwest T20 Blast fixture has been announced. As per the Vitality Blast Fixture 2020, the tournament will run between May 28 to September 05 as T20 Final day 2020. The opening match of Vitality Blast scheduled between Surrey and Middlesex on May 28 at Kennington Oval Cricket Ground.

The T20 final day scheduled on 5th September at Edgbaston Cricket Ground, Birmingham.Â As per the tournament format, eighteen first-class counties compete in the twenty20 championship. The teams divided into two groups called the North and South Division each consisting of nine teams. The top 4 teams from each division will advance to the playoffs or quarter-final stage.

Four quarter-finals, two semi-finals and T20 final day will be contested between top teams at Vitality Blast Points Table. The first and second semi-final for T20 Blast Fixture 2020 scheduled on 5th September at Edgbaston. On the T20 final day, four teams will compete in the semis and for the title game. All teams have announced their team players, captain, and squad ahead of the season.

A number of great players to take part in the upcoming Twenty20 contests.Â The T20 final day 2020Â  will be one of the packed houses at the Edgbaston Cricket Stadium. The tickets for the last day announced for the online booking a few weeks ago. Itâ€™s exciting and pretty disappointing for the fans who missed the opportunity to prepare for the tickets.Â  The T20 final day tickets have been “Sold-Out“ ten months prior to the announcement of the schedule.Â

All the participants of the tournament, 18 first-class counties have announced their squad and player list. You can find out about T20 Blast Team Squads, captains and player lists. A number of great players have joined different teams for the upcoming seasons. The cricket is going to be fascinating at different venues with the inclusion of great players in different teams. A lot more entertainment coming home.Â

The first phase of the T20 Blast 2020 will end on July 12, with the Super 8 teams from both North and South divisions. The final stage of the tournament will resume on 18 August with the first quarter-final. The team ranking at number first position from any group will compete against the 4th team on the T20 Blast Table. The winners of the knockout stage will advance to the semifinals, and losers will be knocked-out.

The four quarter-finals will decide the semi-finalist from the first knock-out stage. From the super eight, only four teams will face each other at Edgbaston on September 5th. The final day 2020 will be broadcasted by different sports channels under the panel of England and Wales Cricket Board. The fans from all over the world can watch Vitality Blast Live Streaming with the respected broadcasting partner of ECB. 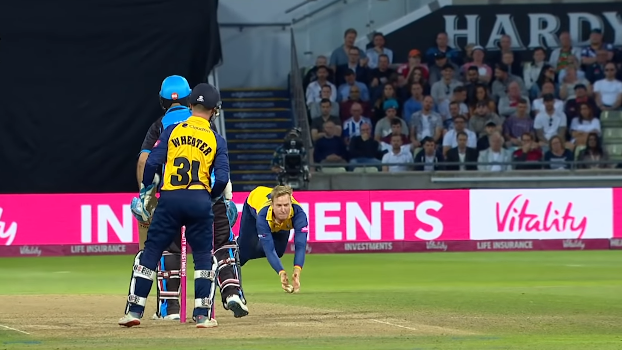