Former Pakistani captain and attack bowler Waqar Younis is leading with the Five Wicket Hauls in One Day Internationals. As cricket has been exciting with the presence of quality bowling attack and in the early nineties, Asian Cricketers have been so influential the who marked their name the history of cricket. In the One Day International Waqar Younis, Muttiah Muralitharan, Brett Lee, and Shahid Afridi.

Lasith Malinga are the top five bowlers with five wickets hauls in ODI. Waqar Younis is leading with a total of 13 five-wicket hauls and dominated the record list. 1st Position; Glenn McGrath (Aus) is a leading wicket-taker during Cricket World Cup, he took 71 wickets in 39 matches with his career-best bowling figure 7/15 at an economy rate of 3.96.

The 2nd Position; King of Swing Wasim Akram (Pak) joins the third position for leading wicket-taker during the Cricket World Cup, who picked up 49 wickets in thirty-one matches with his career-best 6/25 at an economy rate of 3.79 per over. There are 17 different players who claimed five wickets haul during the ICC Cricket World Cup all editions.

Glenn McGrath (Australian) “King of Seam” is top of the list, who picked up 71 wickets in 39 matches with an economy of 3.96. Glenn McGrath has bowled most maiden overs during his World Cup career span from 1996 to 2007. In recent times Lasith Malinga, Wahab Riaz, Rashid Khan, Jasprit Bumrah are doing something great with their consistent bowling performances. 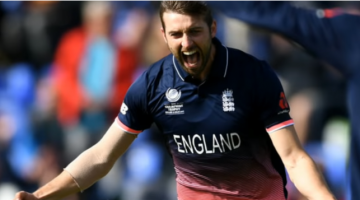