The 13 season of the Indian Premier League is about to start in April 2021. Ahead of IPL season 13, all teams have announced their team players. Chennai Super Kings Team 2021 is announced for the upcoming season. MS Dhoni will lead the CSK squad, the franchise has made few changes as compared to other cricket teams in the IPL. The brought only four new players in the replacement of 5 released players from their previous squad.

Chennai Super King is the second most successful team after Mumbai Indians with the three times crowned champion. The franchise has won all titles of Indian Premier League under the captaincy of MS Dhoni. CSK squad is fully equipped with the active batting line and has made few changes in the bowling unit and all-rounders.Â

The most significant moves by Chennai Super King by bringing Josh Hazlewood and Sam Curran their bowling unit. Chennai Super Kings have the best batting line top of the order like Suresh Raina, Faf du Plessis, Murali Vijay, and Kedar Yadav. Suresh Raina is one of the top batsmen in the IPL who have over 5000 runs in the history of the Indian Premier League.

Raina has the best batting averages in the IPL as compared to his fellow batting line. He holds the record of most number of half-centuries in his IPL career.Â  Chennai Super Kings have retained South African National team captain Faf du Plessis in their lineup. In the middle batting line of CSK, he will be a valuable asset for Kings to clinch victory.

The franchise held Murali Vijay, Ambati Raydu, and Kedar Yadav as their top-order batsman. Murali Vijay has a long in IPL career playing more than 140 innings for different franchises he has been part of their squad. Vijay has centuries in the Indian Premier League scoring 127 runs off 56 balls as he is best innings the office IPL journey.

Another local top-order batsman ambition Rayudu has brilliant starts in the Limited over cricket score and more than 3000 runs in his shot IPL career. He has the ability to maximize time on the crease and he loves to keep going with the required run rate.

The team has another iconic figure of T20 cricket Kedar Yadav. He is the top-order batsman whoâ€™s significant performances in the IPL have marked victory many times. Yadav has been part of different branches making his return to the CSK in the second last season of the tournament.

Jadhav has played only 14 matches in the IPL 2019 single match-winning half-century as much needed by the team. Chennai Super Kings have retained Shane Watson in their team squad. He is the best bowling allrounder in the limited over cricket who played a significant role in winning the matches for CSK.Â

Shane Watson, I have scored four centuries and 19 half-centuries in his IPL career. He is the best bowler in the shorter format taking 4/29 as his best bowling figure in the Indian Premier League so far. Shane Watson has been named in the the the IPL XI several times now is brilliant performances in particular IPL season.

Not only with the ball, but he has also played an exceptional inning with his is that winning number of games for CSK. Jadeja 5 wicket haul in his IPL career taking 5/16Â  in the 4th season of the tournament. The franchise has retained West Indian all-rounder Dwayne Bravo for the IPL 2021.

Bravo is a dependable batsman in the middle of the game and has been doing outstanding bowling spells for CSK. Chennai Super Kings have bought English all-rounder Sam Curran who earlier played for Kings XI Punjab, the only season of his IPL career.

His outstanding batting innings of 50 runs for just 23 deliveries against Kolkata Knight Riders grab the attention of franchises to have him in their lineup. In the only season of his IPL career, he played nine matches, taking 4/11 as his best bowling figure in the IPL 2019.

Mahendra Singh Dhoni is known as the definition in all formats of cricket. As a captain to Chennai Super Kings squad in all franchises, they have appeared in the Indian Premier League season. Under his captaincy, CSK has won 3 titles of the IPL including to consecutive 2010 and 2011.Â

In the bowling unit of Chennai Super Kings,Â  the franchise has nine specialist dollars in their squad. South African attacking bowler Lungi Ngidi is retail by the franchise for the IPL 2021 season.

Ngidi has played only seven matches in the last season for Chennai Super Kings taking 11 wickets with his best bowling figure 4/10.Â  He is the leading bowler in the CSK team 2021 players list who can do an exceptional job with his wicket-taking abilities. Chennai Super Kings have retained Harbhajan Singh in there uh team line up has been a consistent member of the squad since used first inclusion.Â

Shardul Thakur is the right arm medium-fast bowler in the Chennai Super Kings team 2021, who has very impressive starts in the inaugural season of his IPL career. Thakur has played 36 matches taking 3/19 as best bowling figure in the Indian Premier League so far.

In the spin bowling, Chennai Super Kings team 2021 held New Zealanders Bowling allrounder, Mitchell Santner. He is the best player in the Chennai Super Kings squad who loves to do maximum dot balls and has the lowest economy rate in his IPL journey.

The franchise has Deepak Chahar is there medium Pacer, who has a short IPL career playing only 34 matches.Â  KM Asif, Monu Kumar, and Sreenivasan Sai Kishore are the young bowlers in the CSK squad.Â

Another lethal spinner Imran Tahir who joinedÂ  Chennai Super Kings squad in the IPL 2018.Â  Tahir is the leading Wicket taker in the IPL 2019 and one the Purple cap for his outstanding bowling performances. Imran Tahir picked up 26 wickets in just 17 matches last year, taking his team to victory on his own.

The team has Piyush Chawla who was playing in the KXIP before he joined CSK squad. He has 150 wickets in his IPL career, taking 4/17 as his best bowling figure in the IPL 2017.Â 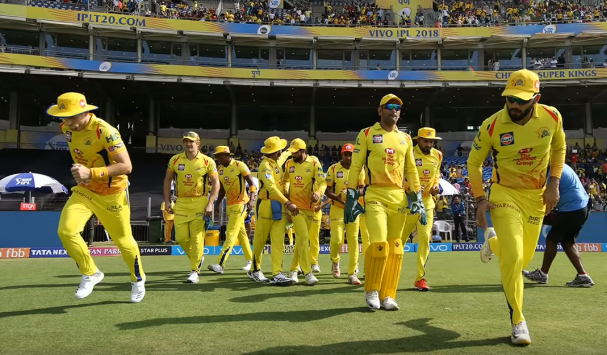