Adil Usman Rashid is an English Cricketer who plays for Yorkshire and England National Team as a leg-spinner. He was born on February 17, 1988, in Bradford, West Yorkshire, England. Rashid is a wrist spinner coached by Terry Jenner as part of an England Cricket Board program to encourage wrist-spinners. He also belongs to Pakistani decent like his teammate Moeen Ali, Mirpur Community as his family migrated to England in 1967 from Azad Kashmir Pakistan.

He is only the 3rd Yorkshire-born Asian to play first-team cricket for Yorkshire and the first of Pakistani origin. Rashid picked up his career-best bowling figure 5/27 in One Day International against Ireland and stumbled Ireland to 126 all out in the year 2017. Rashid became first England cricketer for 13 years to complete a Test match without batting, bowling or taking a catch. In the field for Yorkshire during a 4-day County Cricket Club in Australia during 2018.

He has been described as a strong asset for England in ODI’s by English Team skipper Eoin Morgan. Rashid named in the “England Performance Programme Squad”, to train at home and in India during the 2007–08 winter. Adil Rashid made his Test debut against Pakistan on October 13, 2015. Rashid formed 177 runs the highest ever 7th wicket partnership of ODI history along with Jos Buttler during England Tour of New Zealand 2015.

He scored his maiden ODI fifty runs in just 37 balls and went to score 69 runs in total. Due to his googly wrist spin, he picked up New Zealand skipper Kane Williamson wicket and ended the same match with 4/55 runs. He made his debut for KFC Twenty20 Big Bash 2010-11 season for South Australia. Rashid just completed his 100 One Day International and he grabbed 146 wickets. He played 19 Test matches and picked up 60 wickets while in Twenty20 International he grabbed 41 wickets. 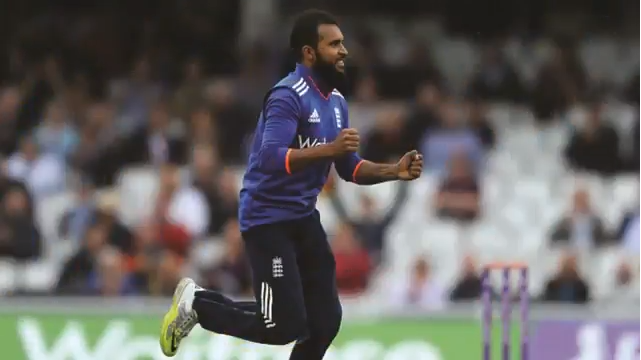