Thomas Kevin Curran is an English Cricketer. Tom Curran was born on 12 March 1995 Cape Town, Western Cape, South Africa. He plays for Surrey during County Championship. South African-born England cricketer Tom Curran is a right-arm medium-fast bowler who usually bowls death overs for England Cricket Team. Curran has been very impressive in the year 2019 when he got a chance and played a few One Day Internation during the Pakistan Tour of England 2019. As a result, England won the series with 4-0 of which one match abandoned due to rain.

Curran made his first-class debut for Surrey against Cambridge University in April 2014 while he made his List A debut for Surrey against Essex in August 2013. Tom played for Kolkata Knight Riders during IPL 2018 and now auctioned to Rajasthan Royals for IPL 2021. He represented Sydney Sixers in the Big Bash League. Tom Curran played T20 Global League during its inaugural edition in 2017 and represented Cape Town Knight Riders.

Tom played only two test matches so far and grabbed two wickets. He appeared in 20 One Day Internationals and 18 Twenty20 games. Tom picked 27 and 21 wickets in ODI and T20I so far. He is a fantastic all-rounder with hard-hitting batting skills. He smashed 47* unbeaten in ODI as the highest individual innings to his name. Curran played a lot of Twenty Cricket leagues and have been very impressed with the bat and ball.

In the most recent BBL 9 edition, he played for Sydney Sixers who went to playoffs during this season. Tom Curran played under-15, under-17 and under-19 level and represented KwaZulu-Natal Inland. He won the Cricket Writersâ€™ Club Young Cricketer of the Year award for his performances in 2015. Tom is fantastic hands with his bat and proved on several occasions. Curran is currently playing most of the time T20â€™s.Â 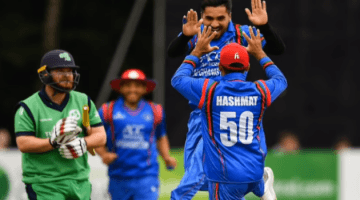