Abid Ali is a Pakistani cricketer who made his international career in 2019 against Australia. He made his debut first-class cricket debut for Lahore Rani in Quaid-e-Azam Trophy during season 2007-08. On December 26, 2007, and has scored more than 6700 runs before making his debut in international cricket. The classy with his bat,Â  standing tall at the crease and absorbing pressure at any crucial stage. He got in Pakistanâ€™s National Team in Test and ODI format.

Abid Ali has scored double hundred in first-class and List A cricket by scoring 231* and 209* unbeaten. He has also scored more than 3000 runs in List A cricket. He became fourth Pakistani to score more than 200 runs in a single match. In March 2019, he was named in Khyber Pakhtunkhwa squad for the 2019 Pakistan Cup. He scored his maiden ODI century on his debut and became 3rd Pakistani and 15th overall batsman to score a century on his debut.

Abid Ali yet to make his debut in the limited-overs cricket format. He played just three Test games so far and went to score two centuries. His highest individual innings in Test matches is 174 with batting averages of 107. Abid Ali appeared in only four One Day Internationals and scored a single century and a half-century. Abid became the highest runs scorer on his debut by scoring 112 runs before being dismissed.Â

He has a great experience stated with his First Class, List A, and T20s batting figures. He has twenty centuries in first-class cricket in 108 matches while 6 centuries in List A cricket. Abid has brilliant stats in limited-overs cricket including his single appearance in PSL so far. He got a single chance of playing in the most recent edition of Pakistan Super League 2020 for Lahore Qalandars. 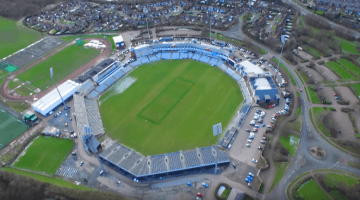