The most successful team of the tournament Mumbai Indians have announced their squad ahead of IPL 2020. Mumbai Indians squad 2020 will be led by Hitman Rohit Sharma, who is the leading run-scorer for his team. The team has made significant changes by releasing ten players and recruiting seven, including three International imports.

The team has made significant changes in their top order batting line and got three new all-rounders in the squad. Mumbai Indians Squad 2021 has traded in Shefrane Rutherford. Trent Boult, and Dhawal Kulkarni while Mayank Markande and Saddish Lad traded out.

In the top order batting line, Rohit Sharma is the best player in the Mumbai Indians squad. He is a consistent member of the MI squad since he joined back in 2011. Under the leadership of Rohit Sharma, Mumbai Indians crowned champion four times, making the most successful team are the tournament.

Sharma has played 188 matches for Mumbai Indians Including is singletons century and 36 half-centuries to his name. Mumbai Indians have bought Chris Lynn as a top-order batsman who is currently playing in the KFC T20 Big Bash League and representing Brisbane Heat as captain.

To play his first season of the IPL for Mumbai Indians earlier. He has been the part of Deccan chargers in 2012 and later on auctioned to Kolkata Knight Riders. Mumbai Indians squad 2021 got three local players in the top order batting as Anmol Preet Singh, Suryakumar Yadav, and Saurabh Tiwari.

Anmol Preet Singh played for Mumbai Indians in 2019. He is from the list of 15 retained players by MI from their IPL 2019 squad. Another top-order batsman Surya Kumar Yadav who is played the IPL 10 for MI.

Yadav came in the IPL back in 2014 for Kolkata Knight Riders and played five seasons for his franchise in consecutive years. Saurabh Tiwari is playing 3rd season of the IPL for Mumbai Indians, who got few chances for MI in the last two years.

Mumbai Indians have Kieron Pollard, Krunal Pandya, Hardik Pandya, Shefrane Rutherford, Anukul Royal,  Jayant Yadav, Prince Balwant Singh Rai as all-rounders. Pollard is the best player in the Mumbai Indian squad 2021 who is consistently playing in the Mi squad since 2010. He has 14 half-centuries with his highest 83 runs innings in the IPL.

Pandya brothers (Hardik Pandya, Krunal Pandya) are the regular member of the Mumbai Indian. He is a member of the squad since they joined the franchise in their particular year. Hardik is a batting all-rounder who has won several games for Mumbai Indians with his striking abilities and it with the ball.

In the chase of 232 runs for Mumbai Indians, Hardik smashed 91 runs off 33 deliveries against Kolkata Knight Riders; however, MI lost the game by 32 runs. Krunal Pandya is a batting all-rounder in Mumbai Indians squad 2021 and a handy bowler in the lineup. The franchise has traded in Sherfane Rutherford form the DC squad.

Three local bowlers Anukul Royal, Jayant Yadav, and Prince Balwant Singh Rai. To make their way in the IPL Twenty20 for Mumbai Indians. The youngsters have got Chance at the bigger stage and eyeing on the IPL 2021 career ahead.

Mumbai Indians have three wicket-keeper batsmen like Quinton de Kock, Ishan Kishan, and Aditya Tare. Quinton de Kock has a vast experience in the limited over cricket since he is in the Indian Premier League from 2013. He played the first season of the IPL for Sunrisers Hyderabad, and later on, he joined Delhi Daredevils in 2014. Mumbai Indians bought Quinton de Kock in 2019 for INR 2.8  crore.

Local wicketkeeper-batsman Ishan Kishan and Aditya Tare to make their way in the IPL Twenty20 for Mumbai Indians. Ishan Kisan made his first appearance in The Indian Premier League for Gujarat lions in 2016 and bought by Mumbai Indians in the IPL 10.

In the most recent season of the Indian Premier League 2019, last Malinga defended the MI total and won the game for just one run against Chennai Super Kings. Top-ranked ICC bowler Jasprit Burmah is playing for Mumbai Indians since his first appearance in the IPL 2013. 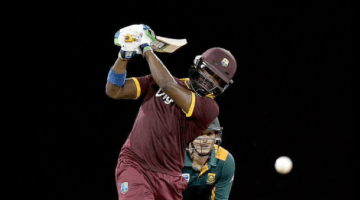