Travis Head is an Australian International cricketer. He was born Travis Michael Head on December 29, 1993, in Adelaide, South Australia. He is 25 years old. Travis is a middle-ordered left-handed batsman and right-arm off-break bowler. He maintained his consistent performance by taking his place in South Australia’s Sheffield Shield side. He also became a test team captain in 2015.

Travis started his career at under-age levels from Craigmore Cricket Club. Head became part of Australia Under-19 squad for ICC Under-19 World Cup 2012. He scored 87 runs off 42 balls against Scotland and took three wickets against Bangladesh.

Travis made New Year’s Eve most entertaining innings for Adelaide Strikers as his team needs 51 runs to win for 18 balls, but he required 55 runs to his maiden Big Bash century which he scored three shots to spare.

Head played in BBL (Big Bash League) for Adelaide Strikers in the T20 game by replacing injured Kieron Pollard in the team. He is one of six young Australian players who became part of the Ageas Bowl International Cricket Academy during season-2013.

He scored his maiden first-class century for South Australia in a Sheffield Shield match against Western Australia. Travis became 3rd Australian in history to score a double century (202 runs off 120 balls) for South Australia in List A game and help to chase down 351 runs target with three overs to spare. Travis Head scored his 175 runs off 139 balls at the 3rd wicket with Jack Leaning and broke the highest List A partnership record.

He scored his maiden List A century for National Performance Squad against South Africa A Team in July 2014. Third Australian to score double tons in List A cricket for South Australia. Broke record of highest ever Lists A partnership by scoring 175 runs off 139 balls.

He was caped as an Australian vice-captain for the Test team along with Pat Cummins in January 2019 for Test series against Sri Lanka. I became the youngest captain for South Australia at the age of 21 years. The first-ever 122-years history of South Australia Cricket by replacing Johan Botha.

He is currently the vice-captain of the Australian national test team. Head started his cricket career at the age of 18. He represented Australia in the under-19 team in Cricket World Cup 2012. 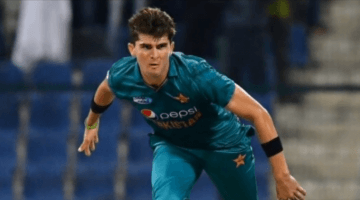