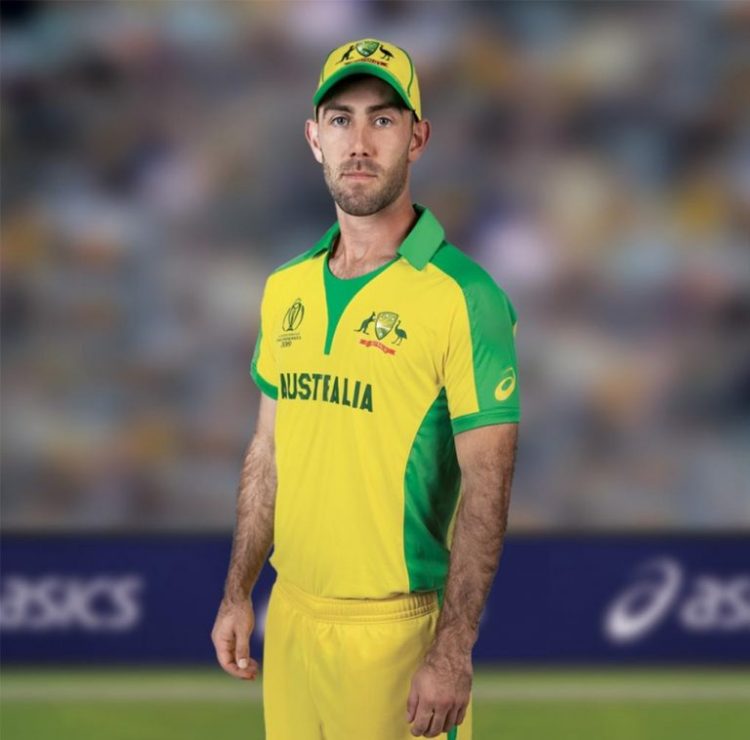 Cricket Australia has just unveiled reach the unreachable Retro replica World Cup Jersey designed by ASICS. Retro Australia Jersey for WC 2019 inspired and pays homage to the 80s and 90s era by mixing the modern pattern with replica old style. Aussies will be wearing a retro kit at the 2019 World Cup as an all-around star Glenn Maxwell turns model for Australia’s Retro World Cup Kit. Australia Jersey for WC 2019 resembles the ones worn by Allan Border’s side during 1986.

Australia takes on England and Sri Lanka in the warm-up fixtures before the World Cup on May 25 and 27. The team will make start Word Cup defence in Bristol with ICC World Cup Qualifier Afghanistan on June 1, 2019. Glenn Maxwell unveiled Australia’s new kit, who made his World Cup debut during the last 2015 World Cup in the Kangaroo’s 5th title win. Australia is the defending champions of the World Cup, as they won the tournament in 2015.

Apparel manufacturing ASICS has designed the new look of Australia Kit for the upcoming World Cup 2019.

Green and gold kit for World Cup 2019 has been chosen by the 67% of the voters, as final tussle was between “lightning bolts from 1992-94 jersey and the blue stripes from 1999-2001 jersey for Australia cricket team.

CA unveils Australia 2019 World Cup jersey is the uniform with a lime green collar, shoulders and the sides of the shirts, largely yellow, with a thin green streaks runs down the side of the pant.

Pyjamas are predominantly designed in Australia’s famous canary yellow, as Glenn Maxwell donned the fresh set of pyjamas when manufacturer ASICS released the uniform on social media on Tuesday.

Australia made a come back in One Day Internationals after 15 months but there are big problems for the selection committee to announce Australia Squad for Cricket World Cup 2019. The team has made their stunning comeback in series 3-2 ODI (since 2009) win against India and 5-0 ODI whitewash series against Pakistan in UAE earlier this year during February and March respectively as Australia won just 3 matches out of 18 One Day Internationals during last 15 months.