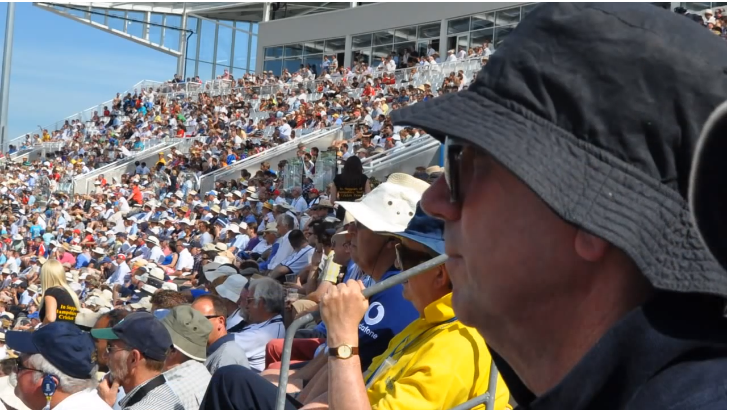 Rose Bowl Cricket Ground is the home of Hampshire County Cricket Club since 2001. The County Ground in Southampton had been Hampshireâ€™s home ground since 1885. First-class cricket as debut match played on May 9-11, 2001 between Worcestershire and Hampshire, which Hampshire won by 124 runs. The first List A match had been played between Hampshire and Essex on May 02, 2011 as part of schedule county Benson & Hedges Cup-2001. International cricket came to Southampton in the year 2003 as the first One Day International scheduled as part of the 2003 Cricket World Cup fixture between South Africa v Zimbabwe.

England played their first-ever T20 International match against Australia as part of Ashes series, England won by 100 runs. As part of the redevelopment England & Wales Cricket Board scheduled its expansion from 15000 to temporary seating 20000 during the Ageas Bowl Test status and a Test match between England and Sri Lanka in 2011. Rose Bowl Ground hosted the first Test on June 16-20, 2011. It was a heavy rain-affected match that ended in a draw but did Ian Bell and Kumar Sangakkara scored their first Test centuries at Southampton County Cricket Club, in addition to Chris Tremlett took his first Five-Wickets haul at Ground.